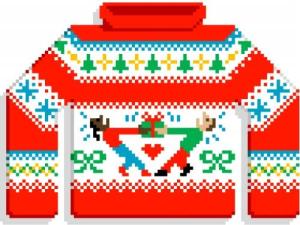 For weeks now we’ve been swimming in a sea of Christmas music, both spiritual and downright not spiritual.  And while I do my best “O Holy Night” duets with Josh Groban while riding in my car alone, I’ve got to say that I’ve been brought by it all to a stark reminder of what this is all about.

With a chill in the night air and an out-of-options housing situation a young woman and her new husband welcomed into the world the Son of God, sent directly from His throne in the heavenly realm–a throne He had some 9 months previously forfeited for a time in order to fulfill the greatest rescue mission of all eternity.  This mission would rescue, ransom, and redeem the very human race that had repeatedly turned its back on Him time and time again.

What astounds me about the birth story of Jesus is the humanness of it all wrapped in the unmistakable deity of Who He was.  Not long after His birth, kings bowed before Him offering Him gifts of adoration, kingship, and confession of His identity.  A maniacal earthly king who had himself been called “the king of the Jews” found this little child such a threat to his throne that he had an entire population of young boys exterminated in hopes of wiping the boy Jesus from the earth, from history, and from any plans of an overthrow of Herod’s throne.  Little did Herod know that Jesus never came to establish a throne on earth, but came to reveal His already established throne in heaven.

Mary was pure, Joseph was honest, shepherds were willing, and kings were bowing.  All in recognition of Jesus the Christ, the Messiah, the Savior, the One who has come to redeem me from myself and from an eternity apart from Him.  Not because of my own worth or merit, but because of His great love.  This is the greatest mystery, the greatest conspiracy, the greatest rescue mission the world will ever know.