I took my kids to a popular fast food restaurant today for lunch. I stepped up to the counter, smiled, and said “Hi, how are you?”

I do that regularly especially with cashiers because I’m very often amused by their responses.  Even more when they’re actually honest.  And the response I got today just might take the cake for worst ever responses of an employee to a customer when asked the question “How are you?”

With a look of contempt for his current situation, he said plainly: “I’d rather be anywhere else but here.”

Was it completely devoid of tact? Yep. Was it classless? Sure thing. Was it unprofessional? Absolutely.  But in his defense: he’s not in a “profession”.  Cashier at a fast food joint doesn’t qualify as a profession.  So being unprofessional was completely within his right.

Besides, I’m glad he said what he said.  It gave me a chuckle and almost immediately triggered a thought which has resulted in the words you’re reading right now. 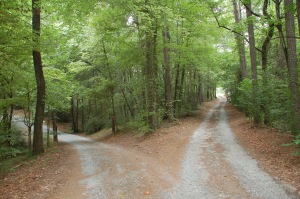 Upon seeing some of his disciples pack it up and turn back, Jesus turns to those closer to Him and asks a simple question; not unlike the simple way I asked that employee today.  Jesus asked, “You want to leave too, do you?” (John 6:67)

At that point Peter made a bold, definitive statement.  This was an “all in” statement if there ever was one: “Lord, to whom shall we go? You have the words of eternal life. We have come to believe and to know that you are the Holy One of God.”  (John 6:68)

Just like that employee voiced his “anywhere but here” assessment of his day, Peter and the other disciples declared their “nowhere but here” desire to simply stay with Jesus.  He had proven Himself to them and their response to Him was a resolve to be nowhere else.

One thought on “No other place.”