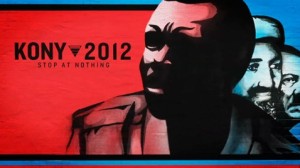 If you’re currently living under a rock, first off, how the heck did you get down there and what do you eat?  Next, you may not have noticed the sweeping link that is currently ravaging nearly every social media page you see: KONY 2012. In a nutshell, it’s an awareness campaign orchestrated by a group called Invisible Children.  The stated goal of the campaign is to see the arrest of Joseph Kony, leader of the LRA (Lord’s Resistance Army) in Central Africa.  Kony is responsible for atrocious crimes against humanity and more specifically, children.  A man of evil action, to be sure.

But what I’d like to point out quickly are the implications for those who care about and lead teenagers and young adults, because that’s what I do.

First off, the teenage population in America (and most of the planet) has ALWAYS been causal.  This age group has always been and will likely always be the ones who display the most passion, are first to “sound the alarm” of injustice, and fly the banner of “I’m in!” when it comes to marching toward a better world.  (Coincidentally, they’re also the ones with the most time on their hands.)  In essence, its the teenage/young adult’s experience to be this for the rest of us; not in place of the rest of us but rather to continually remind us what it looks like to live a life of passion.  And I’m so glad they do.

Something we can glean from the KONY 2012 (among other things) is the reminder that young people are wired to move.  Unscrewing the top of their head and putting information in is futile unless it pours down to their legs and gets them moving.  Truth is learned when truth is lived.  As a youth pastor, it challenges me to continually put in front of my students the opportunity to act on truth.

But I’m careful and even suspicious when I see links like KONY 2012.  I’m not the kind of guy who gets his sense of superiority by NOT liking what everybody else does (I still say TOMS are hideous), but I do realize that while enthusiasm is great, educated enthusiasm is even better.  I wonder how many people watched the first 60 seconds of the half hour KONY 2012 video, decided that was enough, and “shared” it with their Facebook world.  Or maybe more likely, who didn’t even watch the video and just shared it because it seems to be the hip thing to do…..”Oh, you hate KONY?  Well, then me too!  I hate KONY!  Who’s with me?!?”

Finally, I want to share my conviction about something.  This might come off as a given, but I think it bears stating.  Social action and justice-driven activity is NOT the Gospel.  Those who receive salvation are not always those with the most banners flying.  Tons of people will climb aboard the Kony Express and never know the love of Jesus and the power of His forgiveness.  Likewise, tons of people will love and follow Jesus, and not participate in the KONY 2012 campaign.  I know that seems harsh and I’m not at all saying that social issues don’t matter or that Joseph Kony should be left alone.  Of course not.  But we need to understand that you can love Jesus, watch the KONY 2012 video and choose to not sign the petition.  You can know nothing of Joseph Kony and still be welcomed into the family of God, the forgiveness He offers, and the eternity He has prepared.  I’ve seen the enemy use campaigns exactly like this to drive wedges between Christians because some feel passionately about a particular issue while others don’t.

Quick take-aways for leaders of students:

1.  Harness the energy of your students passionate to do something.  Just make sure its the right something.

2. Keep in front of them opportunities to move.  And I’m not just talking about The Interlude.

3. Keep the Gospel central to any social justice activity you’re a part of.  Too often, the Gospel message becomes an “oh, by the way” addendum rather than a “this is why we’re here” passionate invitation.