Years ago, our former Vice President and Presidential wannabe, Al Gore wrote a book about the perils of the “climate crisis” (aka “global warming”). The book was entitled “An Inconvenient Truth”. And while I don’t ascribe to Gore’s views or opinions regarding the “crisis”, I do appreciate the concept of truth being inconvenient, for that it is.

Just last night, as I was leading a small group Bible study of high school students, I opened the discussion about Christmas with a direct connection to the concept of truth. One of the first things I asked was something to the effect of, “Is there a difference between ‘my truth’ and ‘the truth’?” In our post-modern (and I’ve even heard it called “post-Christian”) culture, we have slipped so far from absolute truth. That concept is dismissed as antiquated at best and diabolical at worst. So, what can we say about “my truth” and “the truth”?

The high school students I was meeting with quickly came to the conclusion that “my truth” is “the truth”. Otherwise, they reasoned, why would I call it “truth” at all? The place we quickly ended up at was essentially “my truth is the truth because its my truth”. Yikes. But before we landed there, one of the guys in the group was visibly frustrated at the seemingly cyclical conversation we were having and blurted out, “This is stupid! Just tell us the answer, Jerry!”

And in that statement, I saw the thickness of the fog many teens (and other humans) live in today. In affect, he was making a statement not merely for himself, but for the others in the group, and perhaps even thousands more that share the sentiment.

Where is truth found? Who decides what is true? How is truth recognized? And most importantly, how is truth lived? These are the questions laid on the table.

But my simply “telling the answer” isn’t going to really help them…or you…or me. Because the truth is, they’ve been told “the answer” for most of their lives. And while that’s all well and good, each human must seek out, listen for, listen to Truth. 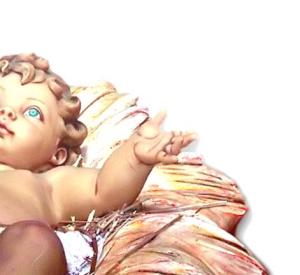 And the connection to Christmas is, to me, obvious. It is in this season that we recognize and celebrate the birth of Jesus Christ who called Himself “the Truth”. Now, anybody can call themselves “the Truth” or “the Messiah” and many have through the ages, but none but Christ has so completely substantiated the claims of divinity. No other life but his has fulfilled 300+ prophecies, spoken centuries before his birth. No other person in history has exhibited the power of miracles, witnessed by thousands, and recorded so harmoniously.

So, it goes beyond the often heard “Jesus is the reason for the season”. It speaks to the fact that Jesus is the central person in human history. Don’t think so? Look at the calendar. What year is it? 2008. Why is it 2008? What happened 2008 years ago?

And the issue of Truth can only be settled when one settles the issue of who Jesus is. To search for Truth without answering the question “Who is Jesus” is a futile pursuit to say the least. As unpopular as the notion is, you simply cannot find Truth while leaving Jesus out of the picture.